AL Division Series Preview: The cast for the MLB Division Series is set. Eight teams – four from the American League and the same number from the National League – will slug it out for the right to secure a place in the Championship Series.

The AL Division Series kicks off on October 5. In the American League, the Houston Astros will take on the Oakland Athletics while the New York Yankees play the Tampa Bay Rays in best of five slugfests that will give fans and online MLB bettors a big treat.

The Astros are on a big disadvantage going into their matchup with the Athletics. The 2017 World Series titlists are 3-7 on their 10 head-to-head matches in the regular season with Oakland. The team has not been complete this season season as they have been decimated with injuries. They ranked 14th in the majors with 279 runs scored and their pitching staff is 13th best with an earned run average of 4.31. They finished second in the AL West standings at 29-31 win-loss.

They somehow flipped the switch in the AL wildcard playoffs as they swept past the Minnesota Twins. They outhit the Twins, 13-7, in the series and their Zack Greinke-led pitching crew stepped up as they allowed just two earned runs. Carlos Correa and Kyle Tucker were consistent in the short series against Minnesota but the team needs Jose Altuve, George Springer and Alex Bregman to deliver in their upcoming series to stand a chance against Oakland.

Meanwhile, the Athletics have played consistent baseball this pandemic-hit season to go 36-24 and earn the top spot in the AL West. However, a lot must be said on their resiliency and ability to win when their backs are against the wall. They A’s, who came back from a 1-0 wildcard series deficit against the Chicago White Sox to earn a ticket in the ALDS, have won 11 games when trailing at the start of the fifth inning or later.

Their splendid crew of relievers, who kept the game close all season long before their hitters find their groove in the latter innings, have been working out well for the Bob Melvin-managed side. In their series-clinching victory against the White Sox, the Athletics came back from a 0-3 hole in the first three innings and held Chicago to just one run in the next six. They have finally claimed their rhythm in the fourth and fifth innings as they scored six runs from five hits. The two-run lead was enough for the A’s in the next four innings thanks to their awesome bullpen that allowed just two hits in four innings.

Pick: The Astros are a matchup nightmare when it comes to the postseason due to their World Series experience and their ability to win games that matter. We have yet to see Jose Altuve and Josh Reddick light up the scoreboards and that might give the A’s some problems when the crucial innings come. The Athletics, meanwhile, has been great when the chips are on the line. They find ways to dig out of an early hole and win it in the end. However, they do not have the deep postseason experience than their counterparts. The Astros win in four games, 3-1. 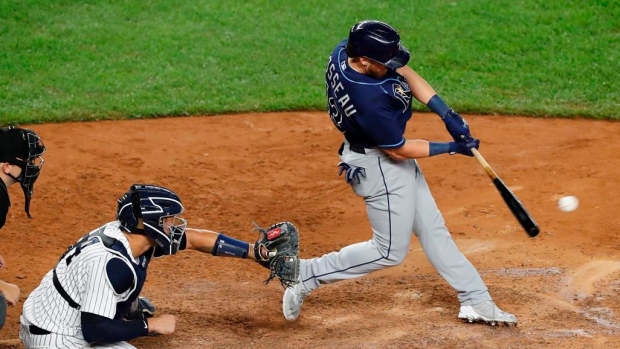 The Yankees have brought their top-notch offense in the postseason. If their series against Cleveland will be the measuring stick of how they can win it all using their big bats, then other teams must beware. In Game 1, the Yankees pound Shane Bieber with seven runs and nine hits en route to a 12-3 victory. The next game, they stunned regular season saves leader Brad Hand by scoring two runs and take a 10-9 lead before Aroldis Chapman silenced the Indians bats to clinch a ticket to the ALDS.

New York has been a threat in long balls and runs batted in since they came into the league. This season is not different. With 94 home runs and 301 runs batted in, the Yankees are a force in offense and if their batters – DJ LaMahieu, Aaron Judge, Luke Voit and Giancarlo Stanton – find the sweet spots, it will be good as goodbye for the Rays, who are known to have the best defense and stingy pitching prowess.

The Rays finished first in the AL East with a 40-20 record thanks to their consistent pitching. They ranked third in the league in earned run average during the regular season and were solid when the game is in the closing stages. They recorded 23 saves in the 2020 season which is the best in the MLB. Pitching has been the strength of the Rays with Blake Snell and Tyler Glasnow starting splendidly for the team. The men in the bullpen were similarly fierce as they have helped Tampa Bay recover from tough situations and steal victories down the stretch.

In their wildcard series against the Toronto Blue Jays, the Rays have allowed just three runs thanks to the solid pitching of starters Glasnow and Snell, who combined for 17 strikeouts in 11 2/3 innings. Tampa Bay also relied on the long balls from Manuel Margot and Hunter Renfroe to beat the Blue Jays and secure the Division Series ticket.

Pick: Both teams have the propensity to dial in long balls in reckless abandon and be stingy in pitching and defense at the same time. In a duel that experts dub as the “series of the 2020 postseason,” the Rays have a slight edge thanks to their regular season mastery of the Yankees (8-2). However, with the Yankees slugging like the Bronx Bombers of yesteryears, scoring 22 runs in the postseason, Tampa Bay must opt for pitching consistency to win the ALDS. In this hyped series, the Yankees have the slight advantage in terms of personnel. New York will clinch the series, 3-2. 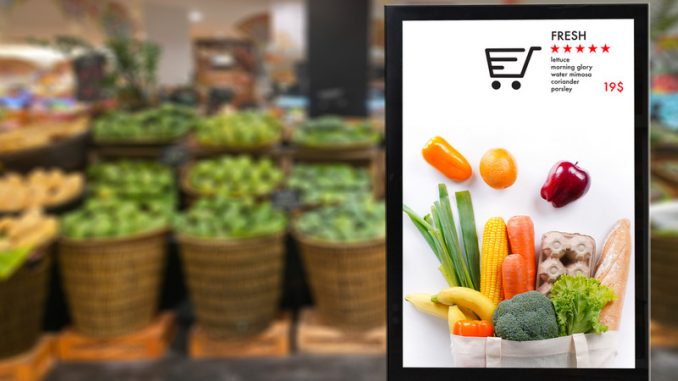 Gone are the days when advertising involves the intense planning of the store’s physical display of products to attract the customer’s attention. With the growing technological advancements, most businesses have no choice but to embrace [...]