Best 10 PlayStation 5 Games: It is not even a year since PlayStation 5 or PS5 was launched, it was unveiled worldwide on November 12th, 2020 with new and innovative features that every avid PlayStation gamer loves.

Among the rest of the features that are distinct for PS5 is the lightning speed, which means gamers can harness the capabilities of custom CPU, SSD, and GPU with Integrated I/O that is rewriting the rules of what the console can achieve. PlayStation players can also gain access to stunning games wherein, they can marvel at incredible graphics with the PS5 features. They include ray tracing, 4K-TV gaming, up to 120fps with 120Hz output, HDR technology, 8K support, and so much more.

The rest of the features of the latest PlayStation console include backwards compatibility, game boost, giving the players the chance to upgrade PS4 games to digital PS5 games, and the integration with the PlayStation VR or virtual reality.

June 2021 is filled with many surprises. June is the month when the world celebrates awareness with Post-Traumatic Stress Disorder, Hunger Awareness, Country Cooking Awareness, and more. Fireworks Safety Month also happens in June to raise awareness prior to the Fourth of July celebrations. Children’s Awareness Month also happens in June, among many others. Without further ado, here are the best PS5 games launching in June 2021, from “Wreckfest” to “Zombies Ate My Neighbors.” We handpicked the top 10.

Are you an avid fan of racing games? “Wreckfest” should be in your collection. Break the limits with full-contact racing at Wreckfest. The game features neck-to-neck bouts, epic crashes, and brand new gameplay that will surely immerse you into the gaming experience. It features a realistic physics simulation that legendary game developer Bugbear crafted. They are also the team behind FlatOut 1 & 2. Burn rubber in your best choice driving playground.

The second PS5 game in our best 10 games launching this June 2021 in the console is “Ghosts ‘N Goblins Resurrection.” It follows the story of the knight, Arthur and his princess as they are challenged by the Demon Lord. The latter kidnaps the princess, so the mission of the player begins, to save the princess and defeat the villain.

Its gameplay is superb. It uses simple controls anybody can enjoy, wherein, the player can utilize them to their advantage as they fight their way through challenging levels that merge enchantment, game design philosophy, and modern technology.

Leading the selection of PS5 games in the category of RPG is “Griftlands.” This is an RPG game with a narrative format, featuring branching stories in multiple layers so the player immerses into the character’s actions and preferences. “Griftlands” is also considered a deck-building card game that features deep, interlocking dynamics that drive both negotiation and combat via card game mechanics. Players will have a lot of thrills with the fighting, bribing, and smooth-talking their way to earning victory in the game.

“Tour De France 2021” is a video game that features one of the world’s most followed sporting events. The 2021 edition recreates new routes that begin in Brittany, as it immerses the players into the peloton, so they feel like a professional rider when competing the game.

Among the newest features in this edition is the My Tour mode redesign, new recovery mechanic for more realism, and equipment from a wide array of official brands, among many others.

“Neptunia ReVerse” follows the story of a distant world, Gamindustri, composed of four nations under a goddess’ divine protection. This PS5 game is considered the enhanced version of the classic RPG game “Hyperdimension Neptunia ReBirth” originally launched for PS Vita. Players can enjoy playing in the setting of the virtual world, and with the features of PS5, they would not be able to get enough.

“The Elder Scrolls Online: Blackwood” is a game that lets PS5 players uncover the Daedric Prince of Destruction’s schemes, letting you explore the wilds of Blackwood and its realms. The gameplay allows the player to recruit new and distinctive companions, unravel the prince’s schemes, confront the Mehrunes Dagon, and so much more.

Who would not forget about the classic game “Final Fantasy” that gets updated every now and then? This award-winning game introduces the “Final Fantasy VII Remake Intergrade” that lets players immerse into the Midgar city, with improved features, including 4K high-resolution graphics, a customizable Photo mode, and more.

Up next is “Ratchet & Clank: Rift Apart.” This new PS5 game launching in June 2021 allows players to see the in-depth version of the game, take a look at the new weapons from such an incredible arsenal, and glimpses of various words, gameplay, characters, plus more.

“Metro Exodus Complete Edition” is among the highly-anticipated shooting games launching this month on PlayStation 5. This first-person shooter blends deadly combat, survival horror, and more that will immerse the player into various game worlds. Escape from the ruins of dead Moscow, and see Russia unlike you have never before, in its post-apocalyptic ambience.

Last but not the least is “Scarlet Nexus,” an upcoming role-playing game by Bandai Namco Entertainment, set for launch on Windows, PlayStation 4, PlayStation 5, Xbox One, Xbox Series X, and Xbos Series S. Be sure to include all of these games on your list.

Playing games with PlayStation 5 will always be thrilling when you are updated with the best 10 PlayStation 5 games launching each month. 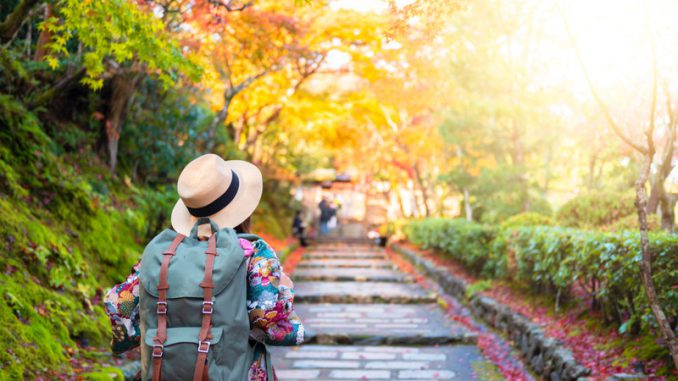 The Perks of Solo Traveling

Perks of Solo Traveling: During the old-times, we unconsciously relate the world “traveling” with family and friends. It was like the normal thing for traveling is doing it with a companion. As the years go [...]